Despite the fact Carbon Dioxide is naturally present in the atmosphere (about 400ppm) and we exhale it when breathing, CO2 is one of the most frequently overlooked toxic gases. Both colourless and odourless, CO2 in high concentrations poses an extremely dangerous hazard.

Carbon dioxide is heavier than air, with a density of 1.5 times that of fresh air. When it is released into an enclosed or confined space it tends to settle to the bottom, reaching the highest concentration in the lowest parts of the space.

Carbon dioxide is listed as a toxic contaminant with strictly defined occupational exposure limits in almost every jurisdiction. In Australia, the recognised exposure limits for CO2 reference an 8-hour Time Weighted Average (TWA) of 5,000 ppm and a 15 minute Short Term Exposure Limit (STEL) of 30,000 ppm. CO2 at 40,000 ppm is considered Immediately Dangerous to Life or Health (IDLH).

Effects on Humans of Gas Hazard

Never use an oxygen sensor as a method of measuring CO2, instead, always use a dedicated sensor for the measurement of carbon dioxide. As air is primarily nitrogen with 20.9% oxygen, the quantity of CO2 required to displace the oxygen to a low alarm level of 19.5% O2 is approximately 70,000ppm CO2. You will be over exposed to CO2 long before the oxygen sensor reaches its alarm point.

Combustion: The main human activity that emits CO2 is the combustion of fossil fuels (coal, natural gas, and oil) for energy and transportation, although many other industrial processes also emit CO2. The power industry is a key contributor of CO2 emissions.

Landfill: Carbon Dioxide, along with Methane are the primary components in landfill and sewage treatment digester gas.

Fermentation: Carbon Dioxide is particularly associated with the beer and wine making industries, where it is produced by yeast during the fermentation process that converts sugar into alcohol. Levels of Carbon Dioxide in the headspace of fermentation vessels can easily reach 50% by volume or even higher.

Ventilation: There is some degree of risk in crowded badly ventilated places and an Oxygen deficient atmosphere could accompany this problem.

Refrigeration: Liquid and solid carbon dioxide (dry ice) are widely used as refrigerants, especially in the food industry. A particular concern for the beer and wine making industries, CO2 is produced.

Oil & Gas Industry: Carbon dioxide is also widely used in the oil industry, where it is commonly injected into oil wells to deccrease the viscosity and aid in the extraction of oil from mature fields. It is also one of the most common atmospheric hazards encountered in confined space entry.

In enhanced coal bed methane recovery, carbon dioxide would be pumped into the coal seam to displace methane, as opposed to current methods which primarily use water to make the coal seam release its trapped methane.

Food Production: CO2 is used in a number of applications in food production. A typical process is to increase plant growth by elevating normal CO2 levels in greenhouses.

If you liked this blog you may also enjoy our blog on oxygen, the causes and effects of oxygen deficient and enriched work environments and how to manage them.

If you are interested in making your workplace safer from dangerous hazards such as highly concentrated carbon dioxide please download our free eBook by clicking on the button below. 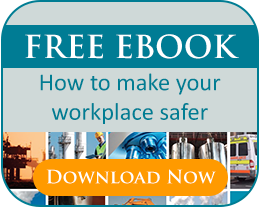